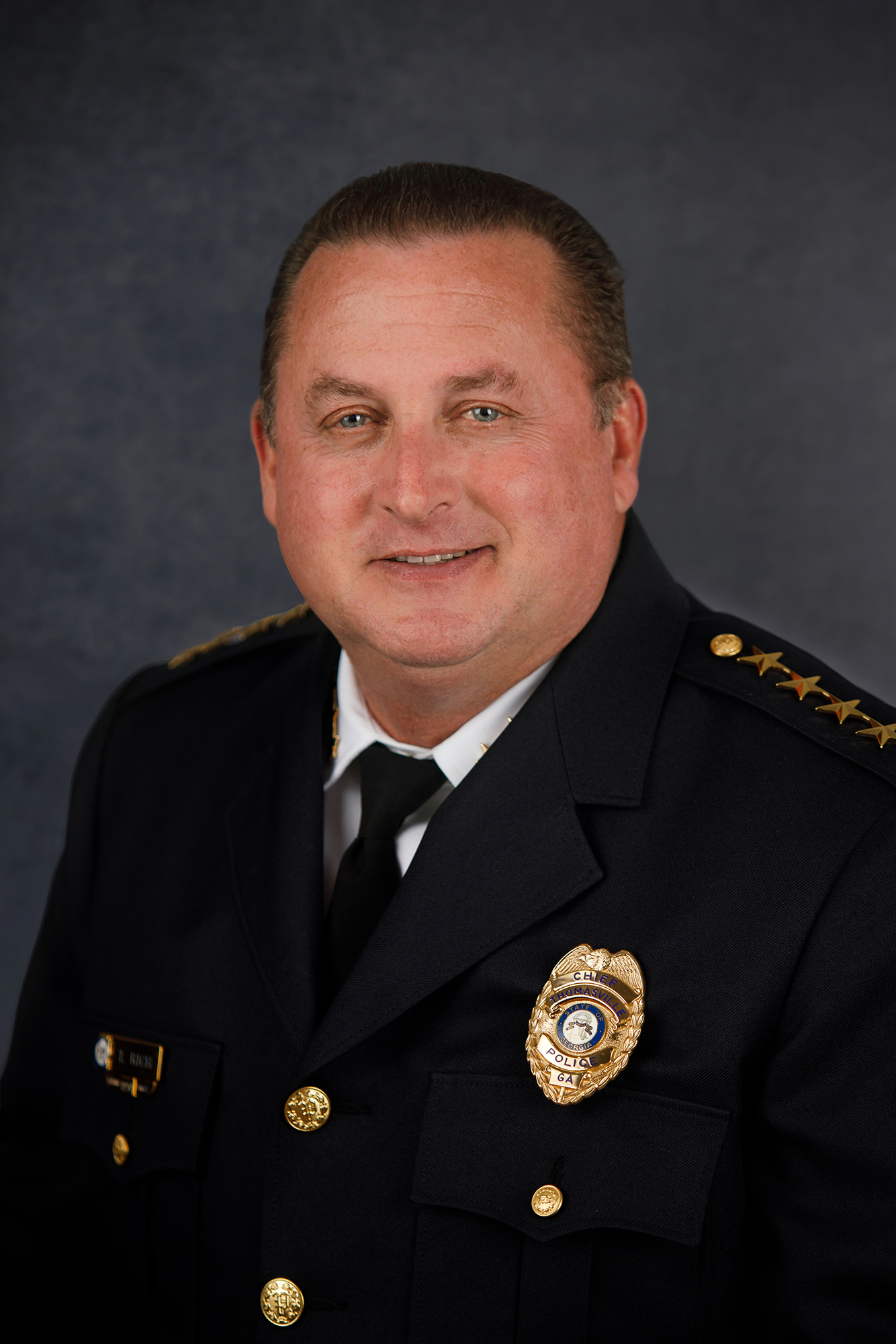 Thomasville Police Chief Troy Rich announced his retirement today, July 20, 2020. Rich, who was named Chief of Police in 2014, will retire from the City of Thomasville effective October 5, 2020, with thirty years of service to the Thomasville community.

“After long, thoughtful consideration and prayer, I have decided to announce my retirement and move onto the next stages of my life,” said Rich. “This decision was one of the most difficult decisions I have had to make in my life, but God has directed me, and I am following His plan.”

Rich’s career with TPD began when former Police Chief John Perry hired Rich as a patrol officer in 1990. He then rose through the ranks, serving in many capacities including assignments in both the Narcotics Division and the bike team where he was promoted to Sergeant. In 2000, Rich was promoted to the rank of Lieutenant/Watch Commander and then later to the rank of Captain of the Criminal Investigations Division. Rich was named Assistant Police Chief in 2007, where he served seven years before accepting the position as TPD’s Chief of Police.

“Rising through the ranks allowed me to serve in many capacities over the years,” he said. “Each of these roles prepared me for the position of Chief of Police, a position that I consider the pinnacle of my career. It has been my honor to serve the citizens of Thomasville in this capacity for the last six years.”

Thomasville City Manager Alan Carson said the impact of Rich’s leadership has been significant for TPD. “Under Troy’s leadership, the police department has expanded upon its community-oriented policing strategy, which is the backbone of any successful police organization,” said Carson. “He has fostered partnerships, communication, and trust within our community, and his own philosophy toward successful law enforcement practices has moved our department forward substantially. To say that his leadership will be greatly missed is a huge understatement.”

Kha McDonald, Executive Director of Human Resources and Community Relations, agrees. “Troy’s knowledge about procedural justice and his interest in creating programs that connect the police department with community reflect his long-term commitment to provide public service that is based on fairness, transparency, and a desire to serve.”

McDonald, who was involved in the hiring process when Rich first applied with TPD, said Rich’s faith in himself and his desire to turn obstacles into opportunities gave him ‘heart and soul’ that has served Thomasville well for thirty years. “Watching Troy’s growth from patrol officer to Chief of Police represents so many stunning accomplishments, personally and professionally,” she said. “Over his tenure with TPD, he obtained his undergraduate degree, master’s degree and attended prestigious law enforcement training programs including the FBI Academy and Georgia Command College. I admire his strength and perseverance as a leader, and I will always be grateful for the friend that he’s been to me.”

“Troy has a passion for serving the Thomasville community, which is evident in the deep care he has for his officers,” said Carson. “While I’ve only worked with Troy a short time, I’ve come to recognize his commitment to his team and the citizens he proudly serves.”

Over the next eleven weeks, Rich will continue to lead the organization and assist the City Manager in the transition of the department. “I look forward to saying farewell to the community I have served and loved so much, the members of Team Thomasville and the great police officers and staff of the Thomasville Police Department,” he said. He also expressed his appreciation for Carson, who began his tenure as City Manager in January 2019. “I want to thank Mr. Carson for his support and leadership. He is a great leader, and he has supported me 100% during his tenure.”

Acknowledging the scrutiny many law enforcement agencies are under, Rich said that he feels Thomasville has benefitted from the close relationships that the department has cultivated throughout the community. “We have always recognized that community partnerships are a valuable part of any successful law enforcement agency, and our officers have fully embraced that concept,” he said. “However, it is a tough time to be a police officer these days, so I encourage the community to stand behind these officers as they have a very challenging job to do every day. These police officers are the real heroes of our community.”

Rich said that while he is looking forward to retirement, the hardest part of his decision will be saying goodbye to the officers he has served alongside daily over the last thirty years. “I love my officers, my staff, and the professional police department I have served for these last thirty years,” he said. “It will be hard to say goodbye. I am sure I will shed a few tears.”