During regular session on Monday, October 12th, the City Council unanimously approved a resolution to adopt new vision and mission statements for the City of Thomasville. Consideration of the new statements came after a review of the existing vision and mission statements was conducted by the City of Thomasville’s Diversity, Equity, and Inclusion Team (DEI) as part of their process of reviewing how the organization could be more inclusive.

“The Council believes that clear and compelling mission and vision statements are vital in planning for the future of a healthy organization and community,” said Mayor Greg Hobbs. “I am very proud and appreciative of the collaborative effort between Team Thomasville’s Councilmembers, administration, employees, and the City of Thomasville’s DEI team to develop these statements.”

According to Alan Carson, City Manager, the City’s DEI team, which is comprised of Team Thomasville members from a cross-section of the organization, initially began looking at the vision and mission statements earlier this year. “This team determined that an update to the vision and mission statements would be beneficial to better convey the way we view ourselves today,” he said. “The group worked through this process over the course of several meetings and developed a final recommendation for consideration by City Council and senior leadership.”

Tara Pearson, Benefits and Wellness Coordinator, is a member of the City’s DEI team and was involved in the study of the City’s vision and mission statements. “As our team reviewed the old statements, we determined that the current statements did not sufficiently focus on our vision for our community,” she said. “Through many meetings, our team worked together to develop a recommendation that would better convey who we felt we were as an organization as well as our role as a community partner.”

Carson believes that the new statements and the revised core values will now provide the framework that gives City of Thomasville staff direction and a sense of purpose in making decisions that impact both citizens and the community. “The revised vision, mission, and core values are now reflective of our entire community rather than solely focused on our organization as our previous statements,” he said. “The new statements also highlight the importance of our partnership with our community, which is also important to our future success.”

“On behalf of our senior administration, I would like to commend the leadership of Kha McDonald, Director of Human Resources and Community Relations, and the collaborative work done by the DEI Team,” said Carson. “Their efforts will provide a clear direction for the future of our organization and the Thomasville community.” 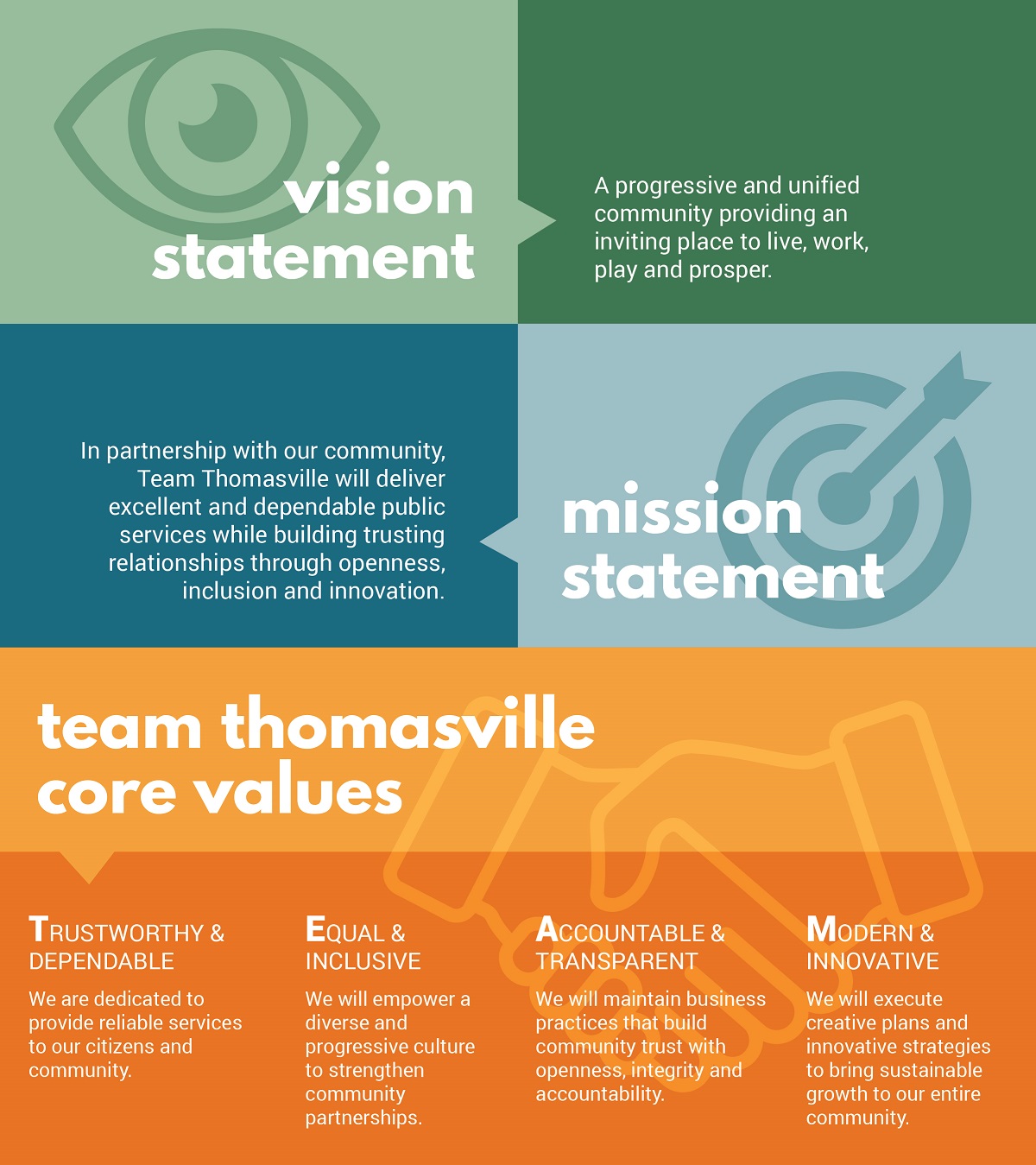