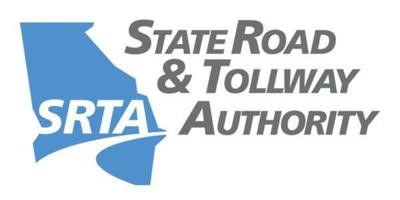 Back to Remington Avenue Streetscape Press

The City of Thomasville was recently awarded a Georgia Transportation Infrastructure Bank (GTIB) grant of $1,000,000 with an additional low-interest loan in the amount of $2,115,000 for the Remington Avenue Streetscape Project. GTIB is a grant and low-interest loan program administered by the State Road and Tollway Authority (SRTA). Since its inception in 2009, GTIB has awarded more than $150 million in grants and loans for transportation infrastructure projects across the state.

"SRTA is proud to award the City of Thomasville this grant and loan for the Remington Avenue Streetscape Project, which will support and accelerate the timeframe for completion of the project," stated Chris Tomlinson, SRTA Executive Director. "By improving access and connectivity to critical resources such as parks and schools and adding sidewalks and bike lanes, this project will also help to enhance mobility for citizens in the Thomasville community."

“It is an honor to be one of the 19 transportation projects across the state of Georgia to receive funding from SRTA,” said Alan Carson, City Manager. “We are appreciative of the commitment by the SRTA and its Board of Directors, led by Governor Kemp, to prioritize the transportation improvement needs of small communities such as ours.”

“Thomasville’s award of this grant is due in large part to the hard work of the Planning and Civil Engineering departments,” said Wayne Newsome, City Engineer. “In addition to putting together an excellent application for this project, we have also developed a tremendous working relationship with the staff of the State Road and Tollway Authority.”

Newsome said that in June of 2019 the Planning Department began the process of creating an improvement plan for one of Thomasville’s most important roadways. The improvement area includes Remington Avenue from East Pinetree Boulevard to Kern Street and from Kern Street to Smith Avenue. “Through multiple public engagement sessions for the improvement area, a final concept was developed and presented to the community in August of 2019.” He added, “The final concept for the project was approved by City Council in September of 2019.”

According to Newsome, citizens shared many common elements throughout the engagement sessions. “Many of our citizens voices similar concerns, such as protecting the residential character of the street, reducing traffic speed and allowing safe crossings for pedestrians. They also endorsed constructing multi-use sidewalks for walking and biking and installing roundabouts and traffic signals to improve safety at major intersections,” said Newsome, “The sessions allowed city staff to gather valuable input from our citizens that we believe is addressed in our final proposal.” Newsome added that the Remington Streetscape project will provide both social and economic benefits for our community. Construction is scheduled to begin in 2021 and it will take 12-18 months for completion.”

For more information about the GTIB Grant and Loan, please call the City of Thomasville’s Engineering Department at 229-227-7009.