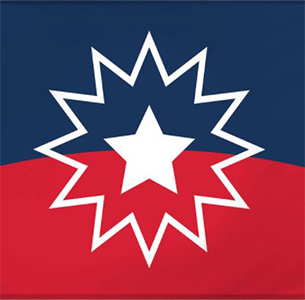 The Thomasville City Council announced during their regular meeting last night that there will be a new addition to the official holidays observed by the City of Thomasville. Beginning this year, City administrative offices will be closed in observance of the Juneteenth holiday. Juneteenth, which is the oldest nationally celebrated commemoration of the ending of slavery in the United States, is observed annually on June 19th.

“The decision to recognize Juneteenth as a City holiday was a thoughtful choice made by the Thomasville City Council,” said Mayor Greg Hobbs. “Last Fall, the Council unanimously approved a resolution to adopt new vision and mission statements for the City of Thomasville that focused on our desire to build a sense of inclusion throughout our organization and our city. Designating the Juneteenth holiday is just another way that we as an organization can demonstrate our commitment to building a truly equitable and diverse community.”

With the recognition of Juneteenth as an official City of Thomasville holiday, the Thomasville City Council has also directed staff to assist with educating the community on the significance of the holiday. “While Juneteenth is a holiday that is unfamiliar to many, our Council feels that as an organization we have an opportunity and an obligation to help educate about this important day,” said Wanda Warren, Councilmember. “Leading up to the holiday, we will share information on our social media pages to assist with providing information about Juneteenth.”

Juneteenth originated in Galveston, Texas, and commemorates the anniversary of the June 19, 1865 announcement by Union Army General Gordan Granger that the Civil War was over and that the enslaved were now free. While President Abraham Lincoln’s Emancipation Proclamation officially outlawed slavery in the United States on January 1, 1863, the announcement relied on Union troops to help spread the news. Unfortunately, this historic news did not reach many – including the citizens of Texas - for some time. As the news of freedom spread, celebrations occurred throughout the country. In later years, descendants of those who first participated in those historic celebrations soon began referring to the occasion as ‘Juneteenth.’

Juneteenth, which has also been referred to as Freedom Day, Jubilee Day, and Emancipation Day, has come to commemorate the official end of slavery in the United States. Celebrating Juneteenth has become synonymous with celebrating freedom, Carson said, and the desire of the Thomasville City Council is to encourage observance of the holiday throughout the community.

“By recognizing Juneteenth as an official City of Thomasville holiday, our City Council is communicating that all parts of our community matter and that racism and inequality have no place here,” said David Huftstetler, Mayor Pro Tem. “As an organization, the City of Thomasville has always been a leader, and it is the City Council’s hope that our recognition of Juneteenth will become an example of that leadership.”

“As an organization, we must be inclusive in our work and in the community we serve,” said Jay Flowers, Councilmember. “Team Thomasville stands for inclusion, and we welcome and respect all people regardless of race, gender, orientation, or religion.” Councilmember Todd Mobley added, “The Thomasville City Council feels that our organization has a responsibility to the community we serve to continue furthering these values. Recognition of Juneteenth is one way that we can demonstrate our acceptance of that responsibility.”

In observance of the Juneteenth holiday, City administrative offices will be closed on Friday, June 18th, and some city services will be affected. “From time to time, the observation of our City holidays may result in a slight change in our regular service schedule,” City Manager Alan Caron explained. “In these cases, we always post these adjustments to our website, Thomasville.org, and our City of Thomasville Facebook page. We expect the impacts in our service schedule for the Juneteeth closing to be announced by June 4, 2021.”