Three members of Thomasville Fire Rescue (TFR) were recently honored with a pinning ceremony to commemorate their completion of fire recruit training. Recognized during the ceremony were Donterrius Buck, and Jelani Muhammad who were promoted to Firefighter I, and Kevin White who was promoted to Firefighter III. The socially distanced ceremony held at TFR Station 1 was attended by family members, colleagues, and Team Thomasville leadership.

“It is an honor to lead the pinning ceremony of the newest members of our TFR family,” said TFR Chief Tim Connell. “Days like today are always special for me, as it marks the beginning of the firefighting careers of these young men.”

The trio completed a rigorous eight-week course held locally at Thomasville Fire Rescue Stations and facilities. “These young men were pushed to the limits throughout their training,” said Chief Connell. “The recruits spent many hours in the burn building learning the stages of fire, nozzle techniques, search and rescue skills, hazardous materials studies, and wildland fire fighting techniques,” Chief Connell added. “Upon completion of the course, they will be required to complete written and practical skills examinations.”

According to Connell, the graduates were initially enrolled in the Fire Academy training program held at the Georgia Public Training Center, but their training was interrupted by COVID-19. TFR leadership then secured the curriculum of the program so that their education could continue in-house without interruption. From here, the trio will move onto their next stages of training.

“The firefighters are now in the midst of preparing for their next level of firefighter exams,” said Chief Connell. “In order for these and other firefighters to endure the challenges of a rigorous firefighter training program, a strong branch of support is necessary from their brothers and sisters in TFR,” Chief Connell added. “However, their strongest branch of support is the family that they have at home, the ones for whom they sacrifice each day when they answer the call of duty.”

“Young men and women join TFR to serve our community and uphold our constitution,” said Connell. “I am confident that our newest family members will make our community proud each day. It is my distinct honor to welcome them to the TFR family” 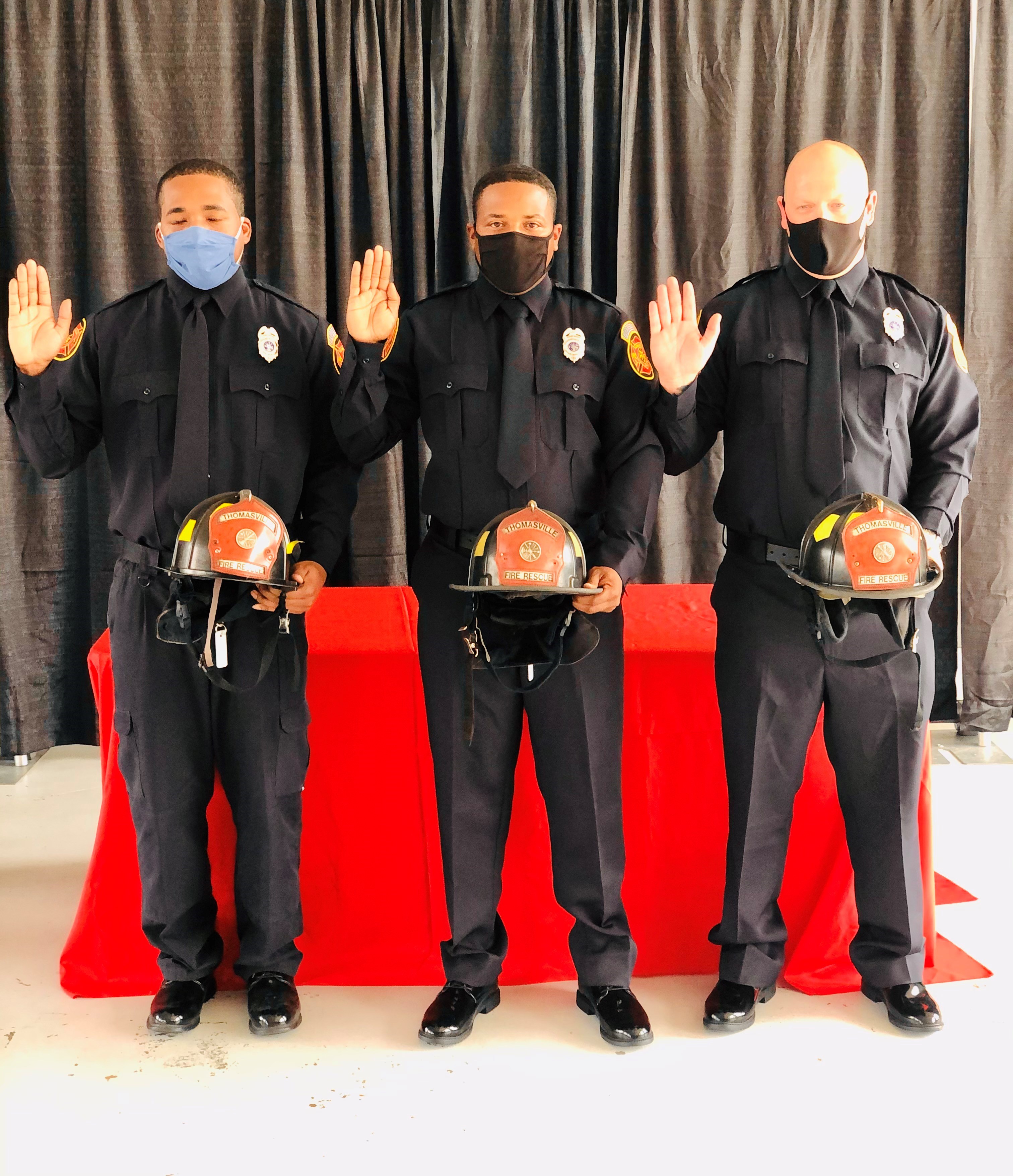