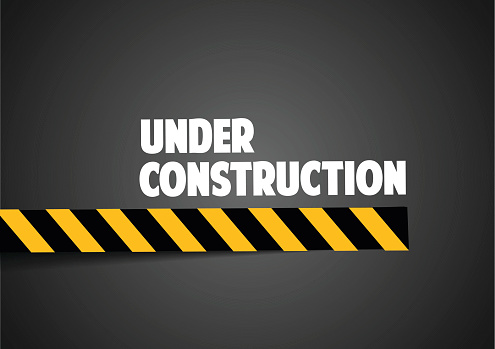 On January 4th construction crews began work on the South Pinetree Boulevard improvement project that will provide various enhancements to the portion of the corridor stretching from West Jackson Street to Old Monticello Road. The project, originally approved by City Council in January of 2019, was awarded to The Scruggs Company in November of 2020. 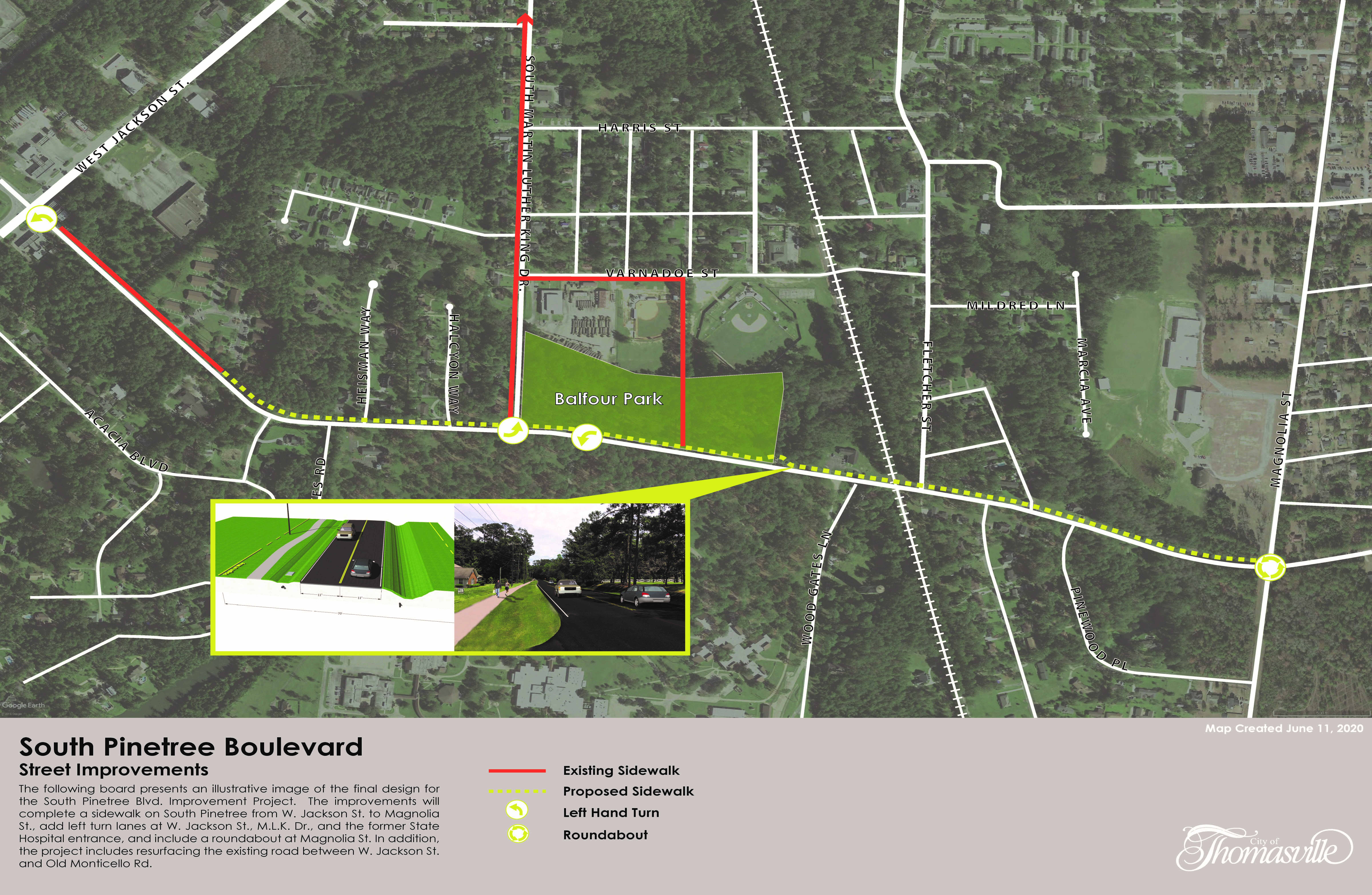 “A project of this magnitude requires close coordination between the City’s utility departments, the Georgia Department of Transportation (GDOT), and our contractors,” said Wayne Newsome City Engineer. “The ability of our Engineering Department to complete the plan production and design work in-house allowed us to coordinate a project timeline that provides us the ability to properly schedule the traffic interruptions throughout this important corridor.”

Newsome says that since the beginning of January, the work has revolved around projects that are necessary in order to avoid damaging the new roadway at a later time. “Crews have already completed the replacement of two storm drains at the intersection of South Pinetree and Longleaf Drive,” said Newsome. “Throughout this phase, additional work will be performed that will enhance the storm drainage along South Pinetree. We will also install a water main that stretches from Magnolia Street to Millpond Drive.”

In a coordinated effort that created project efficiency and financial savings, the Engineering Department was able to combine upgrades to Lift Stations No. 7 and No. 8, located at the southwest corner of South Pinetree and Old Monticello, with the South Pinetree project. “The locations of Stations #7 and #8 coincided with this project and allowed us the opportunity to combine these upgrades into one construction bid award that created substantial overall savings on the contract,” said Newsome. “Work on these stations is scheduled to begin in early April.”

Public input sessions held prior to the approval of the final project design provided the city with much-needed input regarding the community’s desire for the roadway. “The addition of left-hand turn lanes and sidewalks were important to members of the community that attended our input sessions,” said Newsome. “Left turn lanes at West Jackson Street, South Martin Luther King Jr. Drive, and near the entrance to Southwestern State Hospital will be positive improvements for the flow of traffic. The extension of sidewalks along the north side, stretching from near Providence Plaza to Magnolia Road, will make the area much safer for pedestrians that travel along the roadway.” 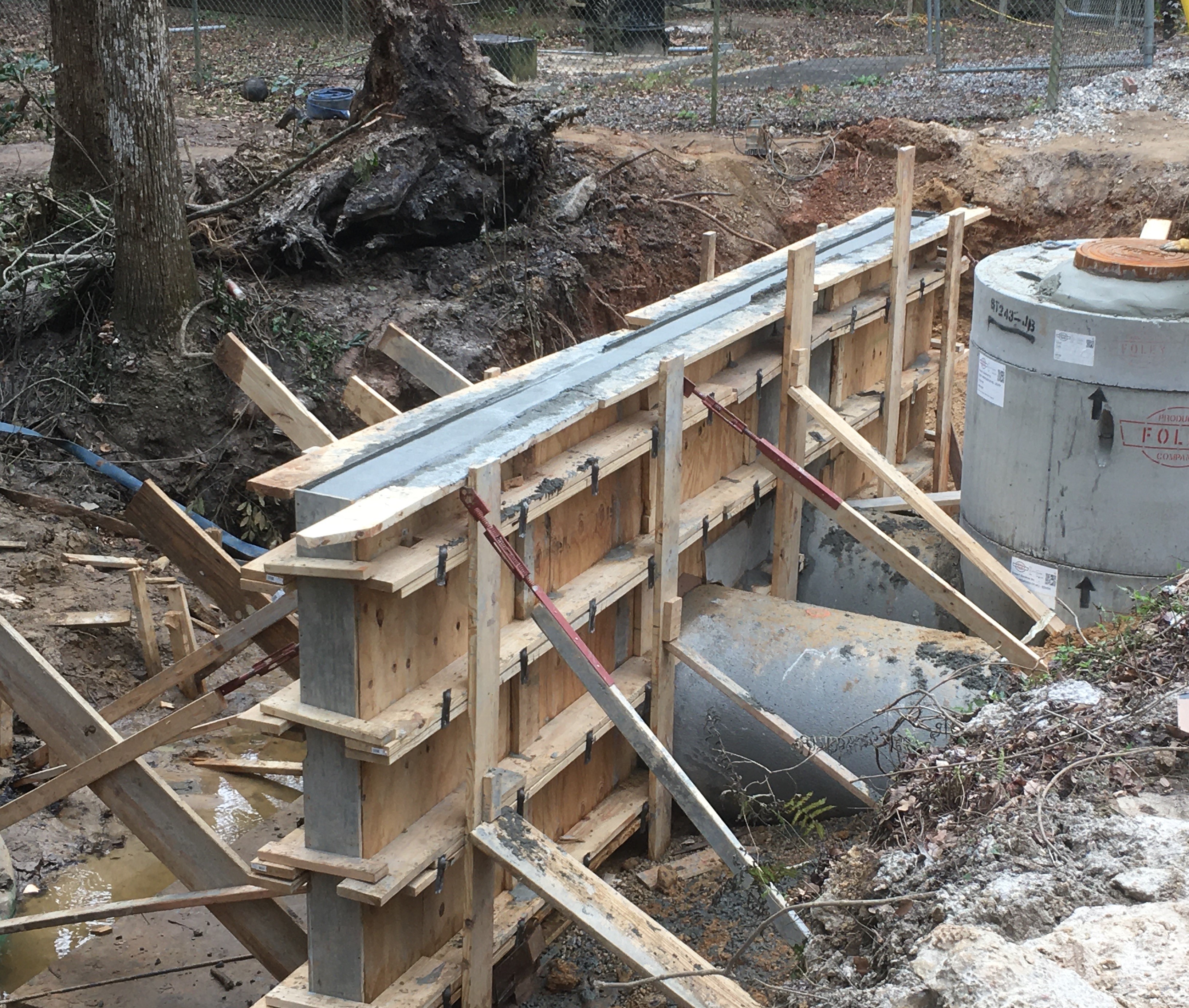 According to Newsome, a major phase of the project will occur from early April through the end of June. “We expect the construction of the proposed roundabout at the intersection of Magnolia Street and South Pinetree Boulevard to begin in early April and requiring approximately eight weeks to complete,” said Newsome. “According to the GDOT, roundabouts provide a reduced speed environment that offers substantial safety advantages and excellent performance in terms of traffic flow.”

“Weather permitting, we anticipate all construction projects to be completed by the end of May. At that time, resurfacing of South Pinetree from West Jackson Street to Old Monticello Road will begin with an expected completion date of June 30th,” said Newsome. “While we do expect temporary road or lane closures along South Pinetree throughout this project, we are confident that the coordinated efforts between all parties will minimize the inconveniences created for our citizens while providing a safer and enhanced corridor for both motorists and pedestrians.”

For more information about this project, please call the City of Thomasville’s Engineering Department at 229-227-7009.

Pictured to the right: Completed replacement of two storm drains and a headwall at the intersection of Longleaf Drive and South Pinetree Boulevard.