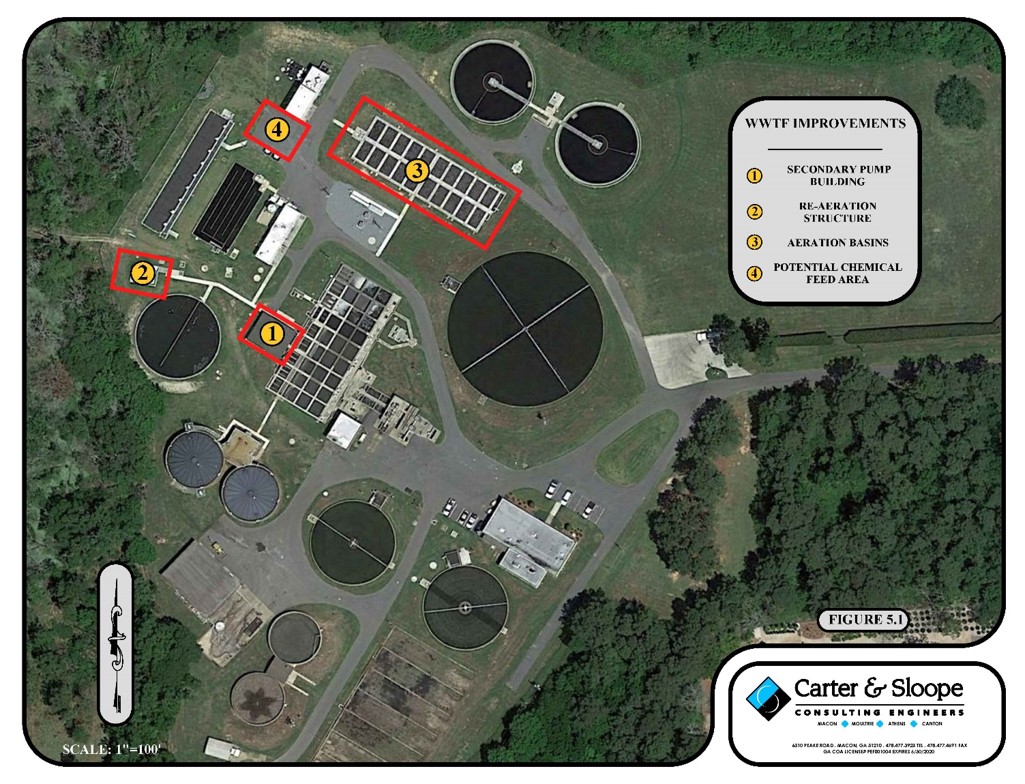 The City of Thomasville is set to begin a large improvement project on its Wastewater Treatment Facility, improving the useful life of the facility by 20 plus years. Work will consist of various mechanical, piping, and electrical replacement along with concrete rehabilitation work and reinforcement to the gravity sewer trunk line that leads into the Wastewater Treatment Facility. The project will be completed in two phases with a combined cost of over $8.5 million for the entire project.

In recent years, Thomasville has landed over five major companies that have brought more than 800 jobs to the community. That growth, coupled with the potential for tropical storms and other disasters that are common to this region, has caused City officials to assess current infrastructure to ensure it can support growth and stay resilient.

After Hurricane Michael hit North Florida and South Georgia in 2018, City officials recognized that the Wastewater Treatment Facility faced major structural issues and might not be able to properly withstand another large weather disaster and successfully process flooding water and mass rainfall.

“Portions of our facility were built in the 1950’s and the last major improvements to it were completed over six years ago,” said Assistant City Manager Chris White. “It’s currently permitted to process 6.5 million gallons per day, but it currently cannot effectively process more than about 4.5 million gallons. We typically see about 3.7 or 3.8 million gallons processed per day but potential hurricanes, tropical storms and torrential rain can bring in 20 million gallons in a single event.”

Since 2017, City officials have been working to evaluate all of the structural issues, create study plans, and submit potential grant applications to assist with funding and improvements. In 2021, Thomasville received a grant award notice from the Economic Development Administration and has been working on engineering and design modifications, recently sending the project out to bid. Rising construction costs have also played a large part in the project’s timeline.

The project will be funded through a grant from the Economic Development Administration and a low interest loan from the Georgia Environmental Finance Authority as well as with City of Thomasville sewer capital funds.

“This is an expensive project but an absolute necessity,” said White. “Since most of this project focuses on infrastructure improvements that the community can’t view on a daily basis, it’s not as visually appealing as a new streetscape project or construction of a new park. This project will rehabilitate our facility, increase capacity, improve reliability, maintain service to our customers, and continue to treat incoming wastewater without fail, especially during weather disaster situations.”