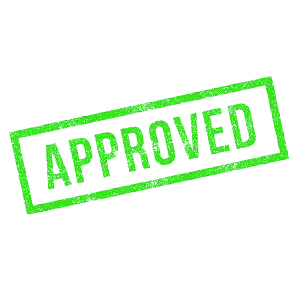 On Thursday, March 28, 2019, City of Thomasville officials met with Georgia Department of Transportation staff and received approval to proceed with an improvement plan for South Pinetree Boulevard. Attending the meeting were Mayor Greg Hobbs, City Manager Alan Carson, Assistant Utilities Superintendent Chris White, and City Engineer Wayne Newsome from the City of Thomasville and Paul Tanner, State Transportation Planning Administrator, and Jay Roberts, State Planning Director, for GDOT. Carson said that the meeting was very productive and praised Roberts and the GDOT for their support.

“We appreciate Mr. Roberts meeting with us and agreeing to hear the citizens’ perspective of the South Pinetree Boulevard project. We are pleased to report that we received GDOT’s approval of the plan Council approved in January, and Mr. Roberts affirmed the $3 million in funding for the revised project,” said Mayor Hobbs.

In January, the Thomasville City Council voted to approve the improvement plan for South Pinetree Boulevard. The plan, which was developed after numerous public input sessions, has an estimated cost of $3,056,000. “The additional expense not covered by the GDOT grant will be funded by the City,” said Carson.

The approved plan will include resurfacing South Pinetree Boulevard from West Jackson Street to Old Monticello Road. Sidewalks will also be constructed on the north side of the street, from existing sidewalks near Providence Plaza to Magnolia Road. “The addition of these sidewalks will be beneficial to the many pedestrians that travel along this roadway, making the area much safer for them,” said Carson.

Other improvements will include left turn lanes at West Jackson Street, South Martin Luther King, Jr. Drive, and near the entrance to the former Southwestern State Hospital. The final element of the plan is a roundabout at the intersection of South Pinetree and Magnolia Road. “According to the GDOT, roundabouts provide a reduced speed environment that offers substantial safety advantages and excellent performance in terms of traffic flow,” said Carson. “While this element will be a new feature for our community, it will ultimately be a positive improvement to this well-loved corridor.”

“On behalf of the City of Thomasville and all of our citizens, I would like to thank the GDOT for their patience and support as we worked together to develop the plan that is best for our community. There was a great deal of public interest in this project because it is a corridor that is important to many. Ultimately, I think we reached the right decision for this historic roadway and our community,” said Mayor Hobbs.