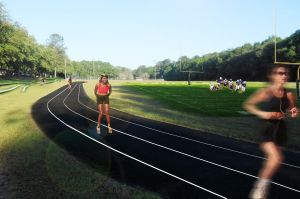 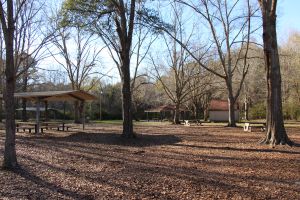 After three days and countless hours of planning and visioning, a new master plan was unveiled on the final evening of a recent park improvement process for one of Thomasville’s most beloved parks. Francis Weston Park, located in the heart of the Dewey City neighborhood, was the focus of community leaders, City staff and outside design consultants April 23-25, 2017. During the three-day event, community leaders came together to develop a master plan that addressed concerns and included the input from multiple generations of park users and participants. In the end, a final plan was unveiled that left the community eager to see the plan become a reality.

“I was honored to be a part of the process in giving community input for the redevelopment of Weston Park,” said Steering Committee member Stephan Thompson. “I am overjoyed with the final master plan of what is to come for the park.”

Martha Reynolds, Neighborhood Planner, was excited to see all ages represented in the planning process. “We had children so young they needed help writing their ideas on our visioning boards actively participating in the process, together with life-long residents and park users, spanning several generations,” she said. “Having such a great turnout gave us the information we needed to help develop a master plan that the community seemed very excited about.”

Some of the items that were addressed in the master plan included restrooms, parking and playground equipment. “Even prior to the open house session, these items were on the list to be addressed,” said Reynolds. “Discussing the improvements in detail through the open house sessions gave us the opportunity to be sure the master plan addressed the needs and desires of the community.”

Throughout the three-day event, participants were encouraged to dream big when creating a final wish-list for Weston Park, and many of the items were incorporated in the final design. “A central gathering space such as an interactive fountain with adult swings and splash play area was suggested by participants and included in the master plan,” said Reynolds. “We also included other items such as improved picnic pavilions, tiered seating at an improved track, scoreboards and nature trails. All of the elements that this neighborhood feels would improve this park were incorporated into the final design.”

Thompson says that neighborhood residents are excited about the future of the park, and many expressed their excitement about the upcoming plans at a recent community gathering in Weston Park. “This was a great opportunity for the City of Thomasville and Dewey City residents,” he said.

Reynolds said that the final design is intended to serve as a master plan that will be addressed as funding is available. “Our plan is to look at grants and other funding sources to help bring the master plan to life. We are hopeful that we can begin addressing some of the elements now and then continue working towards fulfilling the entire plan over the course of the next five years.”

The next park to be a focus of an in-depth park improvement master planning session will be Paradise Park later this year.